Five kilometres southeast of Galle, the ever-expanding village of UNAWATUNA is now firmly established as Sri Lanka’s most popular resort for independent travellers and remains a pleasant spot to while away a few days, even if rampant commercialization and ever-growing hordes of visitors have now significantly eroded its former sleepy charm. If you don’t mind the increasing hustle and bustle – or the handful of noisy beach discos held a few times each week – there’s still plenty to enjoy, including a decent, if heavily developed, a stretch of beach, a good selection of places to stay and eat, plus varied activities ranging from surfing and diving through to yoga and cookery classes. The resort remains busy all year round, making it a good place to visit if you’re on the west coast during the monsoon. Rumassala offers the best coastal views along the Southern coast and enriched with a strong network of flora and fauna.

Unawatuna beach is small and intimate: a graceful, horseshoe-shaped curve of sand, not much more than a kilometre from start to finish, set snugly in a pretty semicircular bay and picturesquely terminated by a dagoba on the rocky headland to the northwest. The sheltered bay offers safe year-round swimming, and a group of rocks 150m offshore further breaks up waves (though it can still get a bit rough during the monsoon). Along its length, rows of sun loungers are laid out expectantly beneath coloured parasols inches from the lapping waves, demarcating the bay’s many restaurants, bars and guesthouses.

Over the last decade, Unawatuna’s famed sands have waxed and waned due to the tsunami, coastal erosion and years of unchecked development. In early 2015, heavy machinery was brought it to pump sand from the deep sea onto the eastern half of the bay, widening the denuded beach almost overnight by 15m in some places, although its coarse copper colour is a far cry from the beach’s original soft white sands.

At the western end of the beach, a road and a footpath leading up to a small dagoba and Buddha statue perched on the rocks above the bay, offering a fine view over Unawatuna and great sunset panoramas west to Galle. In the rocks west of here is a little blowhole, which sporadically comes alive during the monsoon season; steps lead up to it from The Blowhole Restaurant. 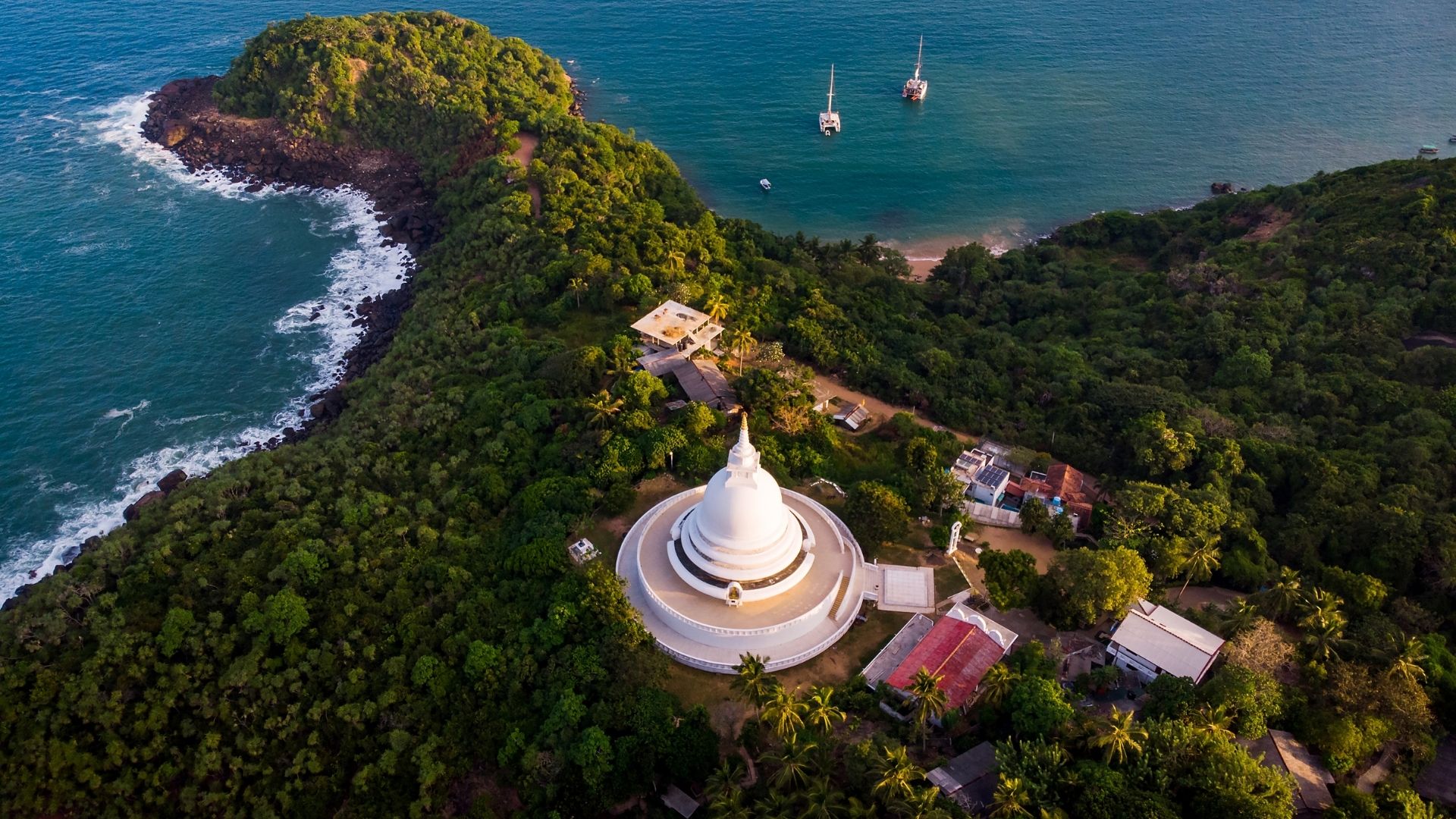 Unawatuna’s most striking natural feature is Rumassala, an incongruously ground outcrop of rock whose sides rise up green and lush behind the village; it’s popularly claimed to be a fragment of the chunk of mountain carried from the Himalayas by the monkey god Hanuman. As recounted in the Ramayana, Hanuma was sent by Rama to collect a special herb from the Himalayas which was needed to save the life of Rama’s wounded brother, Lakshmana. Arriving in the Himalayas, the absent-minded Hanumana realized he has forgotten the name of the required plant, so ripped up an entire chunk of the mountainside in the hope of that necessary plant would be found somewhere on it. He then carried this fragment of the mountain back to Sri Lanka, dropping a bit in Ritigala, in the north of the island, and another piece at Unawatuna. The rock still sports a large collection of medicinal herbs as well as entertaining troupes of boisterous macaque monkeys, Hanuman’s latter-day relatives, who periodically descend the hill to raid the villages’ papaya trees. 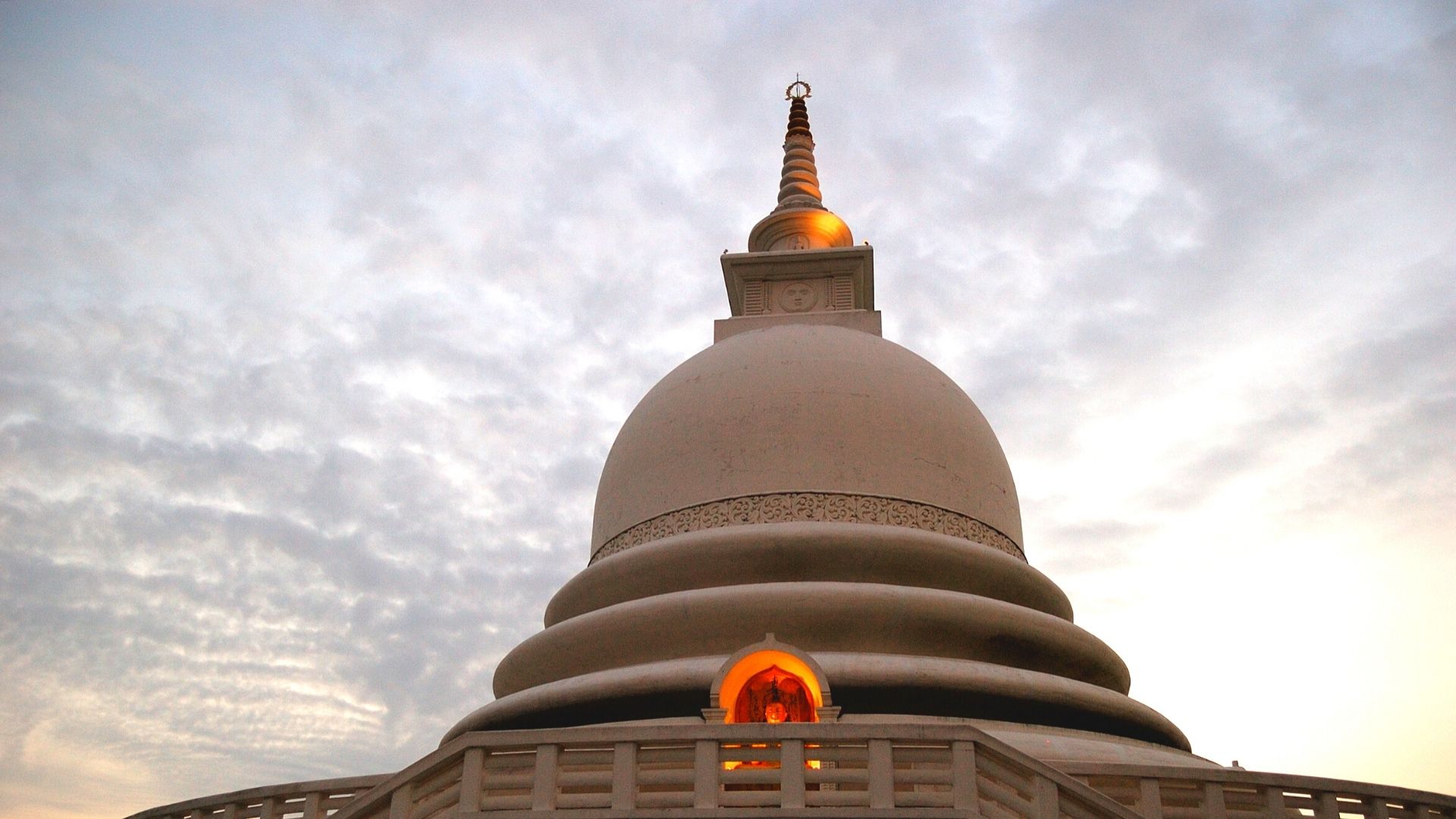 Around the headland from Unawatuna, high up on the Rumassala hillside, is a gleaming white Peace Pagoda – actually a colossal dagoba – constructed by Japanese Buddhists in 2004. The view from here, particularly at sunset, is magical, with the mosque and the clocktower of Galle Fort clearly visible in the distance to the west and, to the east, the carpet of thick jungle that separates the pagoda from Unawatuna. 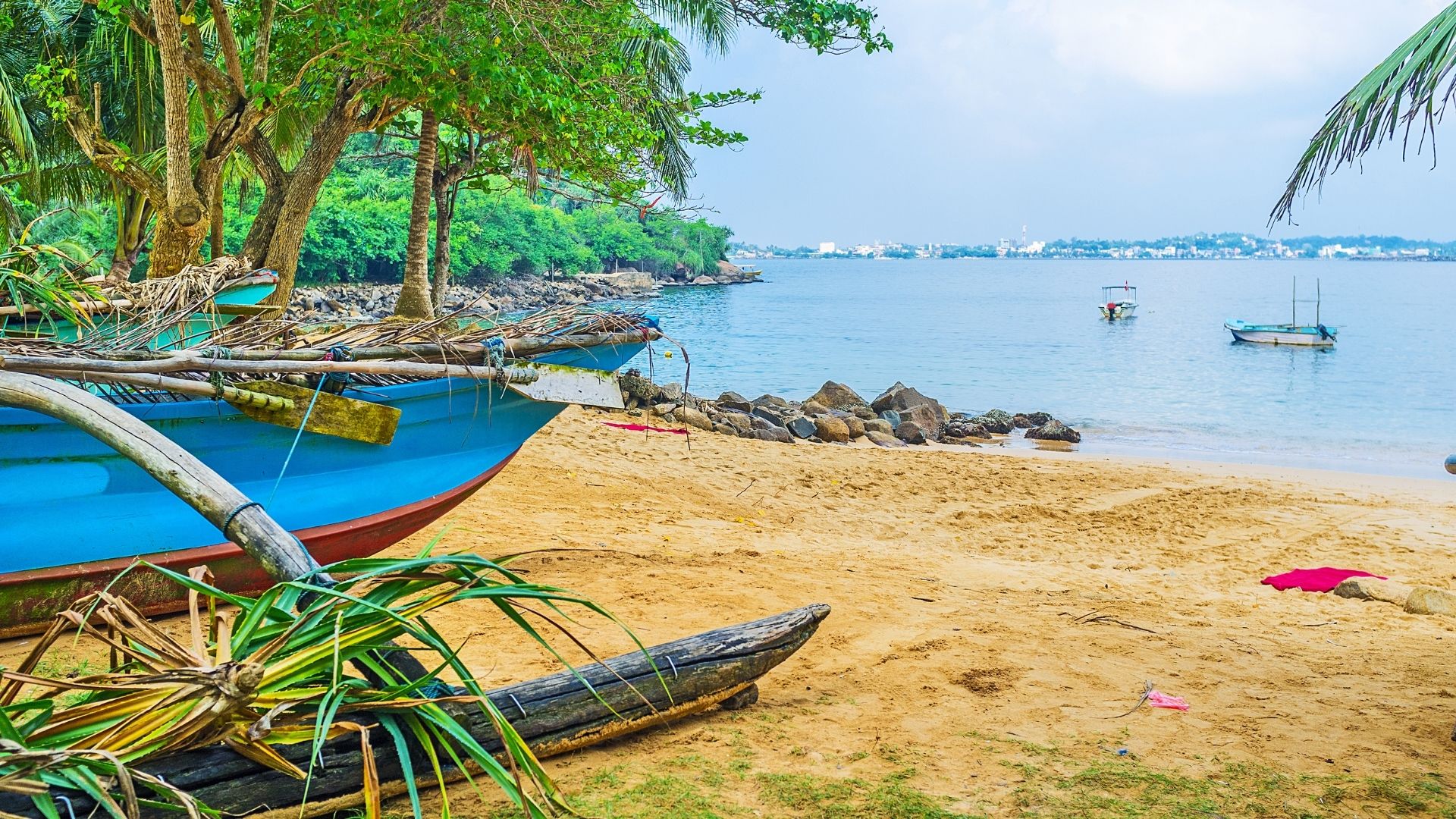 Around the headland from Unawatuna, high up on the Rumassala hillside, is a gleaming white Peace Pagoda – actually a colossal dagoba – constructed by Japanese Buddhists in 2004. The view from here, particularly at sunset, is magical, with the mosque and the clocktower of Galle Fort clearly visible in the distance to the west and, to the east, the carpet of thick jungle that separates the pagoda from Unawatuna.

More or less at the heart of the Cultural Triangle, the dusty little town of...