The Advent of the Indigenous Martial Art In Sri Lanka

Legend has it that Rana Ravana was a specialist in pressure point healing. So much that he wrote extensively about it and if he wasn’t practicing it, he was preaching it. Rana Ravana hailed from Yakka tribe and while historians often refer to him as a mythical being. 5000 years ago, he was known as the greatest healer that ever lived. He was both feared and revered and he was hailed as a martial arts warrior of not just his time but even in folklore today.

Among many disciplines of science that he excelled at, chief among them was Angampora. Angam is Sinhala loosely translates to meaning combat or fight. There are several forms of Angam, including Maya Angam which is a form of combat where one uses spells and incantations. Similarly, illangam involves the use of indigenous weapons such as the ethunu kaduwa, staves, knives and swords.

Angampora’s distinct feature lies in the use of pressure point attacks to inflict pain or permanently paralyze an opponent.Fighters usually make use of both striking and grappling techniques, and fight until the opponent is caught in a submission lock which they can no longer escape. Usage of weapons’ is discretionary.

History has it that there were many Angam clans, two of the most famous ones which often fought against each other were Sudaliya and Maruwalliya, which their fights come to be known as angam-kotagaema. Both were formed in Kandy and were hugely popular as they were supported and sanctioned by the ruling kings of the time.

The leaders of the schools were known as Maruwalliya Muhandiram Nilame and Sudhalaye Muhandiram Nilame, respectively. They fought in huts akin to pits, built for this purpose which were called angam madu. These huts were built based on the concepts of Gebim Shasthraya – the traditional philosophical system of architecture.

Folklore also has it that a heroine named Menike or Disapathiniya who lived in the medieval era once dressed as a male to avenge her father’s murderer using Angampora techniques. Some say it was her success that led to heightened fame around this form of martial art and eventually survival. Another recorded instance of Angampora was when a small army conquered Jaffna in 1450 AD, under the command of Sapumal Kumaraya (a southern prince). His army comprised of warriors who were skilled in Angampora. Although the art flourished during the t=reign of those kings, it was suppressed under the rule of the British who were threatened by the sheer power of Angampora.

Swift action was taken to suppress this art form by the gazette notification of 1827 which led to teaching halls called Angam Madu being set ablaze and warriors shot and killed. They took extreme measures against this martial art; prohibiting the art from, burning all the practic huts that they found and shooting the kneecaps of existing practitioners to maim them.

Those who breached this law were shot and their properties were seized. However, a few of the warrior clans went underground and continued to practice Angampora. They guarded the secrets of the art within their bloosline but unfortunately this is one reason for its present low visibility in the country.

While the British were ruthless in their decision, the islanders were desperate and determined to keep some form of the art alive. This gave rise to Angampora becoming a secretive art being taught from generations to generations until the Sri Lankan version of the ‘Ninja’ Illangakkara was born. Many warrior clans which practised Angampora went underground and continued to pass on their art within their own generations and resorted to transforming certain movements into dance routines, which are still seen today in temple processions.

Despite continued effort by the British to clamp down on those who practiced the art form, Angampora survived. The martial art re-surfaced from an area known as Beligala Korale, around Kegalle, subsequent to the end of British rule in 1948.

The Jathika Hela Angam Shilpa Kala Samgamaya, the highest governing body for the art was established in 2001 and efforts were made to preach and tech those who are truly passionate. Angampora therefore , to Sri Lankans, is not purely a form of martial art but an indigenous way of life. To-date, those who practice Angampora light miniature oil lamps and pay homage (pooja) to the great king before beginning combat.

This exclusive art is not freely available to learn as even today masters of the art are skeptical in training new recruits. Most say that the student will need to believe and commit to the art because, if they harbor even a speckle of doubt, it would be an impediment to their learning.

The Angam component is divided into three main disciplines, gataputtu (locks & grips), pora harmba (strikes and blocks) and Maru Kala (nerve point attacks). Gataputtu are placed on an opponent using the fighter’s hands, legs or head. Pora Harmba include approximately eighteen forms of offensive strikes and seven of defensive blocks. Maru Kala is the component that incorporates nerve-point attacks capable of inflicting pain on the opponent and also of causing serious injury. Before a practice session starts, the student is expected to meditate and offer merit to the master and deities. The student lights three lamps as he enters to the Angam Maduwa. Students also make a pledge that they would only use the techniques for purpose of self-defense and the defense of his family or country and not to inflict anyone with pain.

Practice like other forms of sports, begins with basic warm-up exercises, gradually moving in to special exercises. Foot movement techniques are the cornerstone for this art of fighting, and a foot exercise called Mulla Panina is the first skill tough, with minor mistakes being stiffly disciplined. This exercise is followed by more advanced techniques like Gaman Thalawa.

The hand fighting technique known as Amaraya is a step into the next level of training. A student learns to observe the weaknesses of the opponent, and to attack week points with experience.

Weapons such as the suruttuwaluwa / velayudaya (an apparatus made of four long flexible pieces of metal, with sharp edges on both sides), the combat sword keti kaduwa (a short sword) and cane sticks are used for fighting, together with the paliha (shield). In total, there are sixty-four types of weapon, including thirty-two sword variants. Some deadly, higher-level Angam attacks involve the nervous system; others if executed properly, can halt the blood flow to vital organs, leading to paralysis or even death. Alongside such techniques students learn an Ayurveda practice known as beheth parawal, or medical shots, for reversing the effects or recovering from such strikes.

Maru Kala (Art of death) is the most advanced and complex part of Angampora. Only a few are blessed to learn this and it’s only the most trustworthy students who are taught this form of art. Merely because it contains secrets revealing which nerve points to attack to cause death or grave injury. Disciples must swear by the sake of Lord Buddha, God Ravana and his parents to never harm anybody using this technique and to never impart this knowledge on anyone who would misuse it.

Sri Lanka’s Ministry of Culture and the Arts has also taken action to support the survival and preservation of Angampora: several public exhibitions have been mounted with the aim of increasing public awareness and fueling interest in it. A collection of weaponry used in Angampora is also kept on display at the National Museum of Colombo.

The Angampora Training Centre in Athurugiriya is one of the modern mainstays of this martial art form. The Centre does demonstrations of this legendary art and accepts new students into its wings. Visitors can meet up with professional Angampora experts and learn more about the history and techniques of this art. They will also teach a few basic techniques for self-defense if requested.

Next: Explore What Things To Do In Unawatuna → 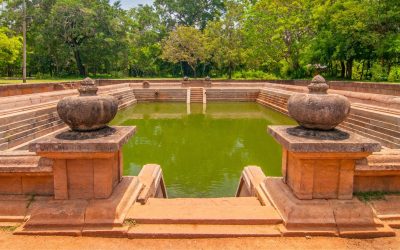 Glorious Reminders of a Resplendent Past Exquisitely carved stone friezes, serene statues of Lord Buddha, dazzlingly decorated temples built into rocky overhangs and feats of irrigation that amaze the world even today are just some of the treasures left by a proud...

END_OF_DOCUMENT_TOKEN_TO_BE_REPLACED

Sri Lanka boasts a variety of wildlife in Sri Lanka quite out of proportion to its modest size, including one of the world's largest populations of both wild and captive elephants an array of other fauna ranging from leopards, sloth bears and giant squirrels through...

END_OF_DOCUMENT_TOKEN_TO_BE_REPLACED 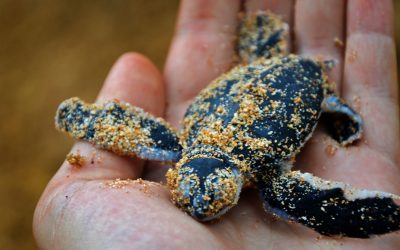 Marine turtles have inhabited the sea for nearly 190 million years. But only eight species have survived to the present day. Five out of these visit Sri Lankan shores regularly. You can observe them on the South Western and South-Eastern beaches where their most...