Marine turtles have inhabited the sea for nearly 190 million years. But only eight species have survived to the present day. Five out of these visit Sri Lankan shores regularly. You can observe them on the South Western and South-Eastern beaches where their most frequented nesting sites lie. In the south-west, the most favoured locations for turtle-watching are Kosgoda, Rekava, Induruwa, Kahandamodara and Mavela, while along the south-eastern coastline it would be Bundala, Ussangoda and Ambalangoda and up to Yala.

The green sea turtle (Chelonia mydas), also known as the green turtle, black (sea) turtle or Pacific green turtle, is a species of large sea turtle of the family Cheloniidae. It is the only species in the genus Chelonia. Its range extends throughout tropical and subtropical seas around the world, with two distinct populations in the Atlantic and Pacific Oceans, but it is also found in the Indian Ocean. The common name refers to the usually green fat found beneath its carapace, not to the colour of its carapace, which is olive to black. 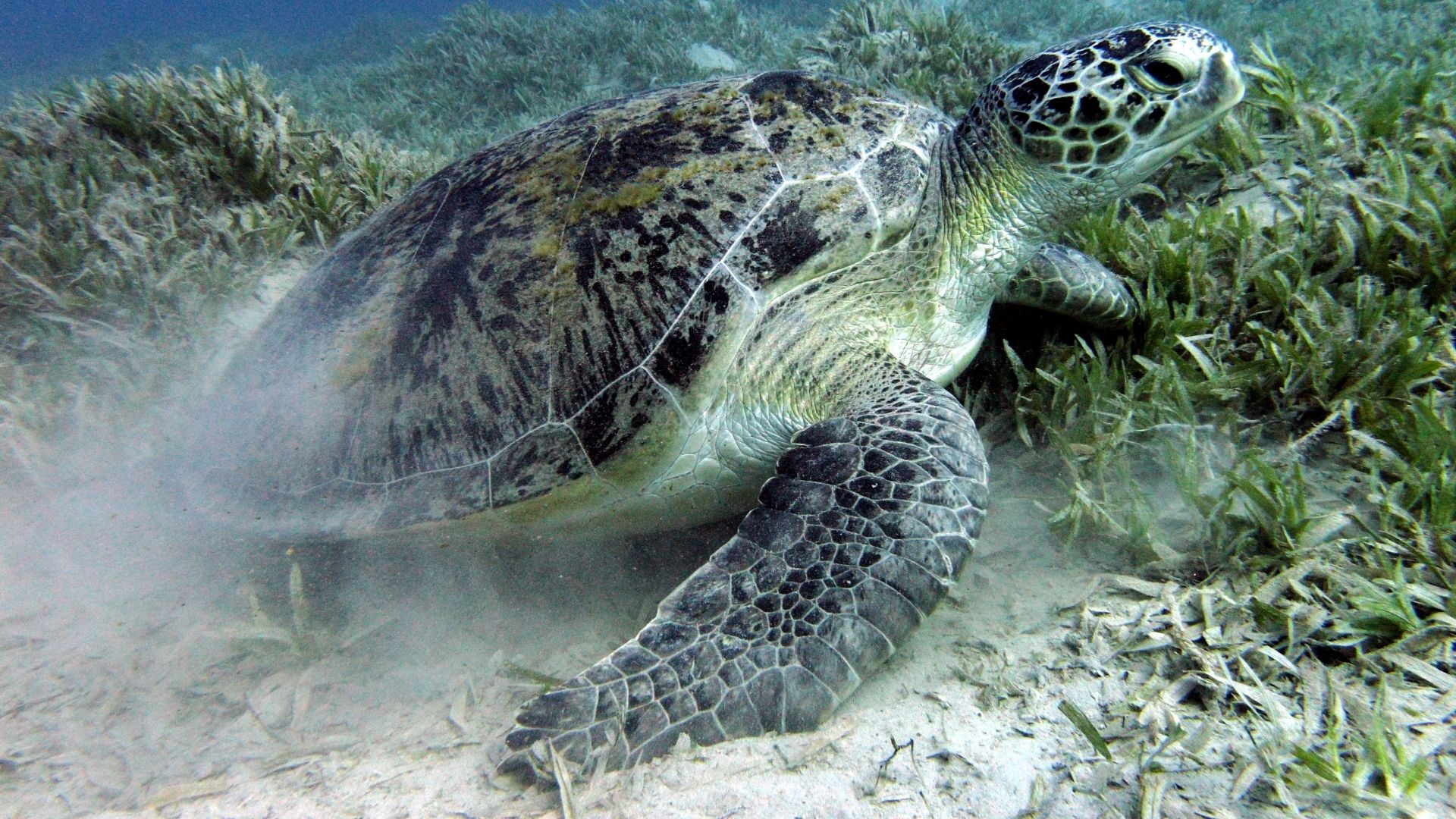 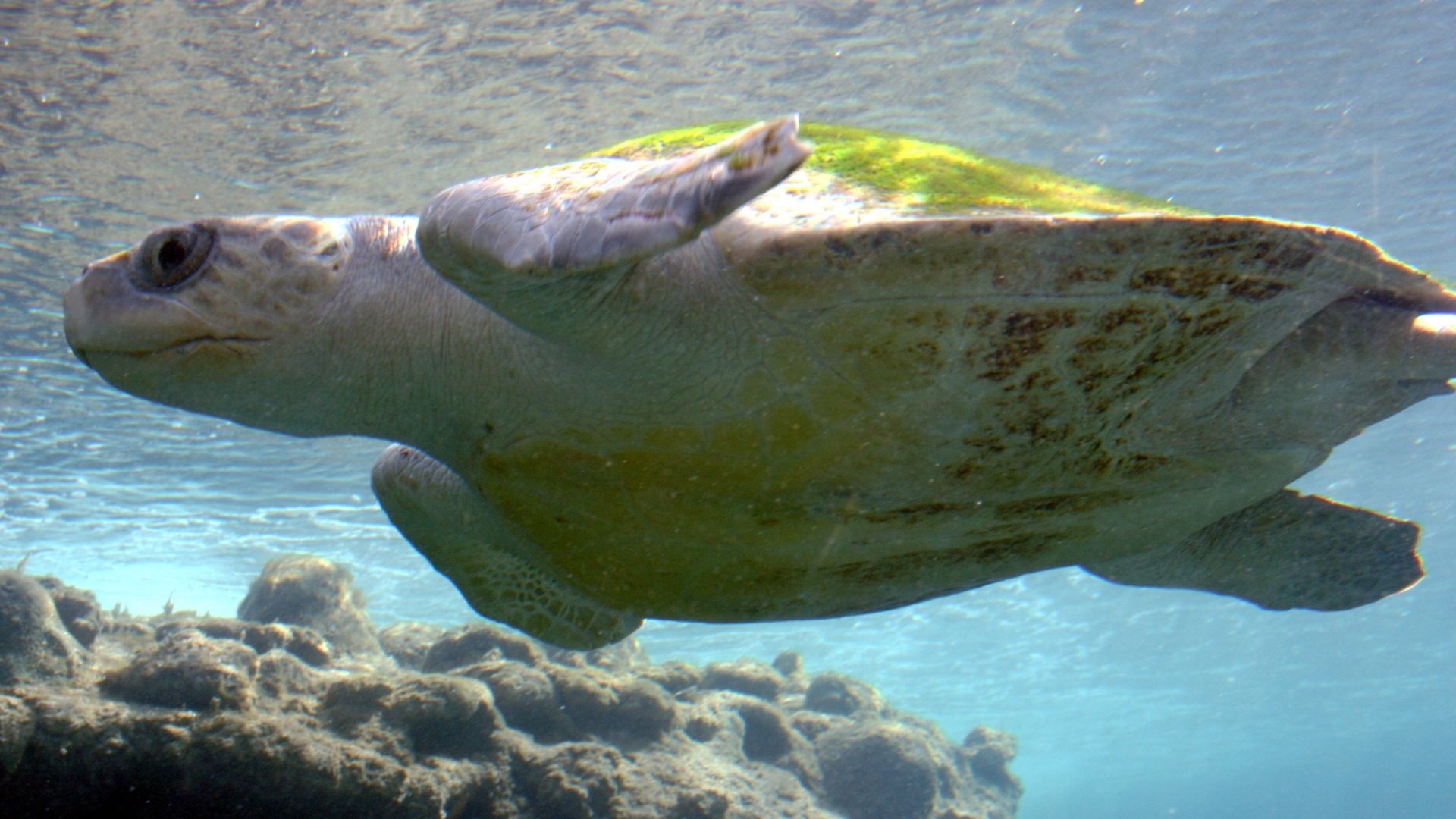 The leatherback sea turtle (Dermochelys coriacea), sometimes called the lute turtle or leathery turtle or simply the luth is the largest of all living turtles and is the fourth-heaviest modern reptile behind three crocodilians. It is the only living species in the genus Dermochelys and family Dermochelyidae. It can easily be differentiated from other modern sea turtles by its lack of a bony shell, hence the name. Instead, its carapace is covered by skin and oily flesh. 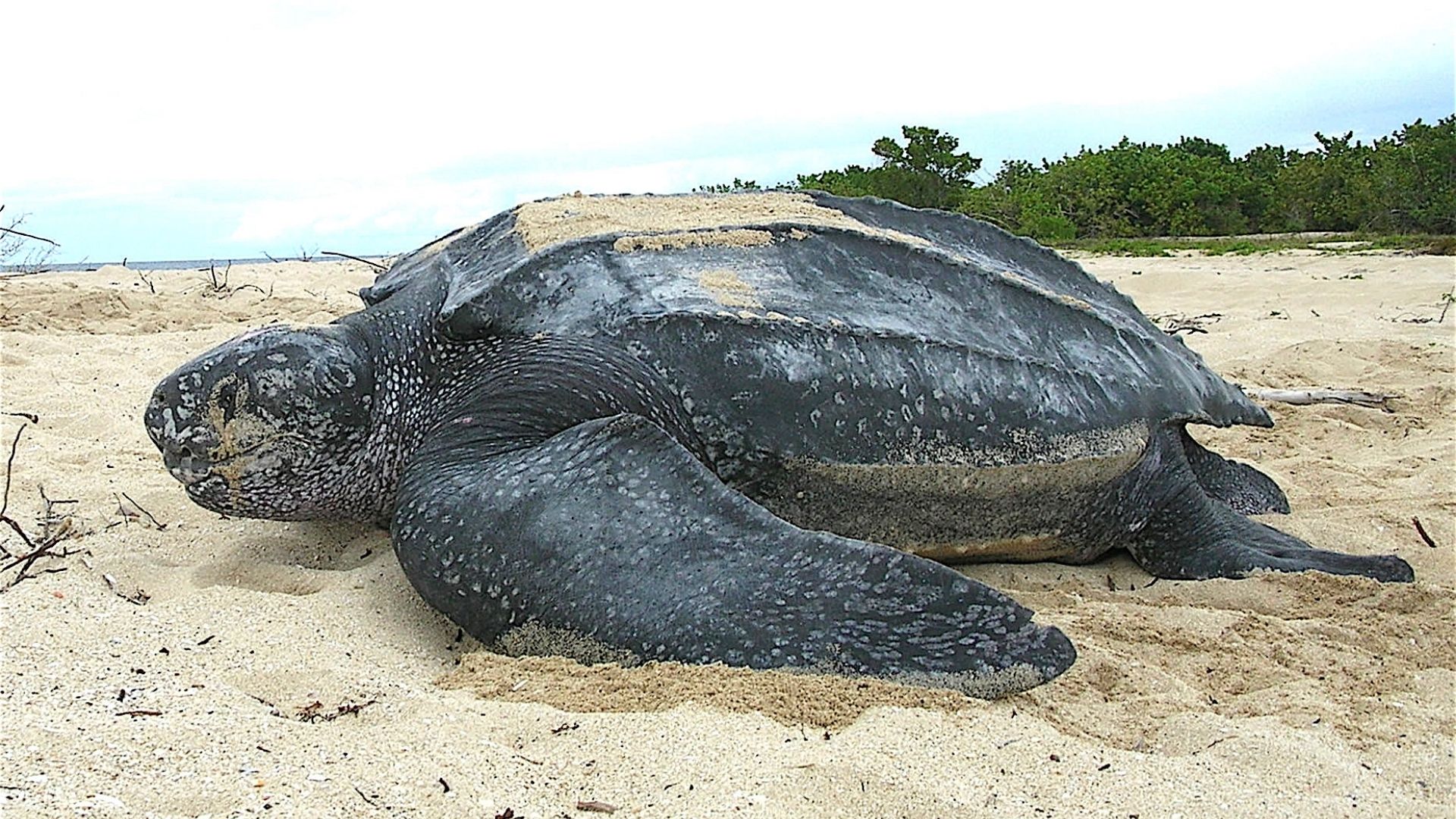 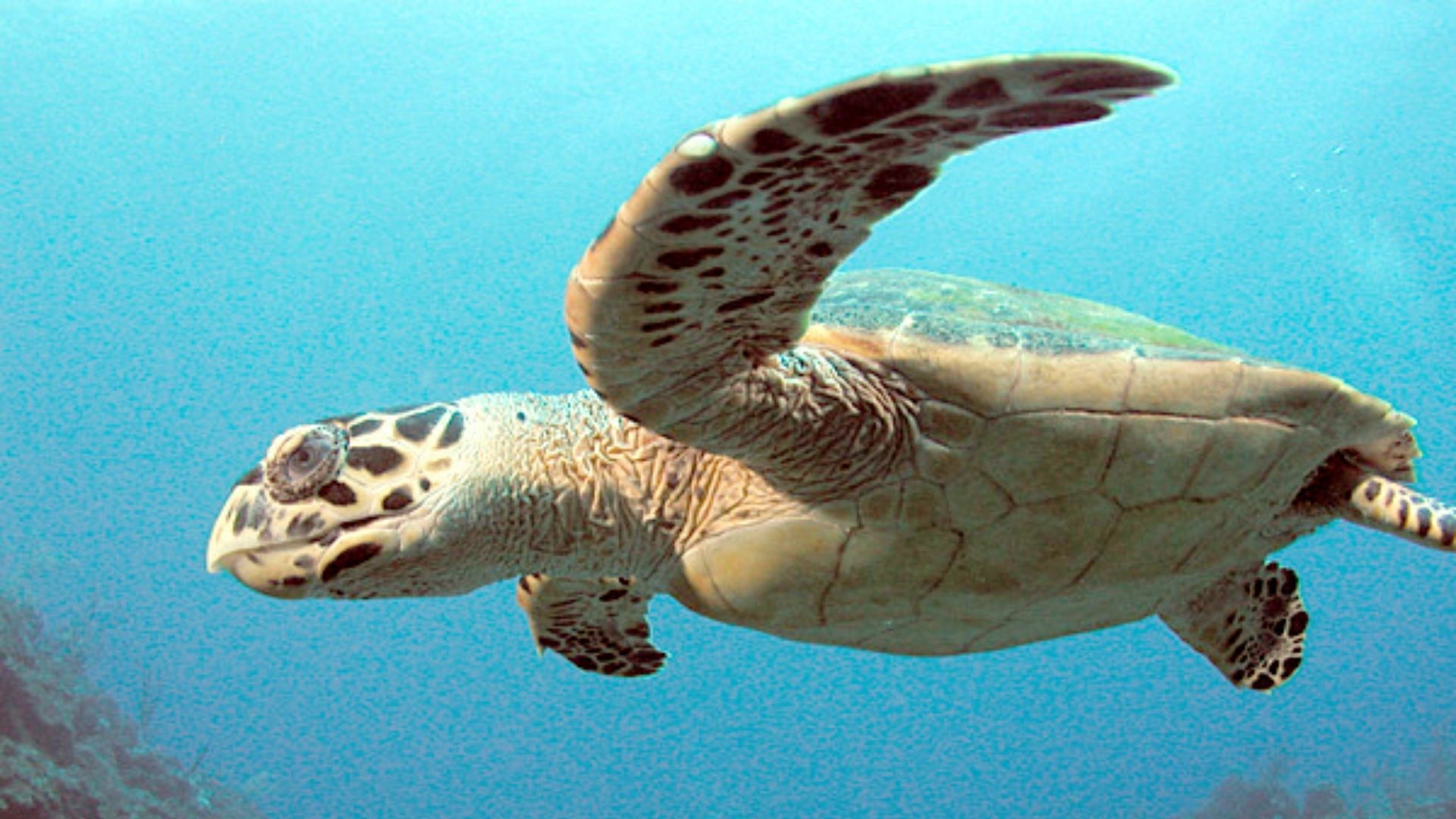 The hawksbill sea turtle (Eretmochelys imbricata) is a critically endangered sea turtle belonging to the family Cheloniidae. It is the only extant species in the genus Eretmochelys. The species has a worldwide distribution, with Atlantic and Indo-Pacific subspecies.

The loggerhead sea turtle (Caretta caretta), is a species of oceanic turtle distributed throughout the world. It is a marine reptile, belonging to the family Cheloniidae. The average loggerhead measures around 90 cm (35 in) in carapace length when fully grown. The adult loggerhead sea turtle weighs approximately 135 kg (298 lb), with the largest specimens weighing in at more than 450 kg (1,000 lb). The skin ranges from yellow to brown in colour, and the shell is typically reddish-brown. No external differences in sex are seen until the turtle becomes an adult, the most obvious difference being the adult males have thicker tails and shorter plastrons (lower shells) than the females. 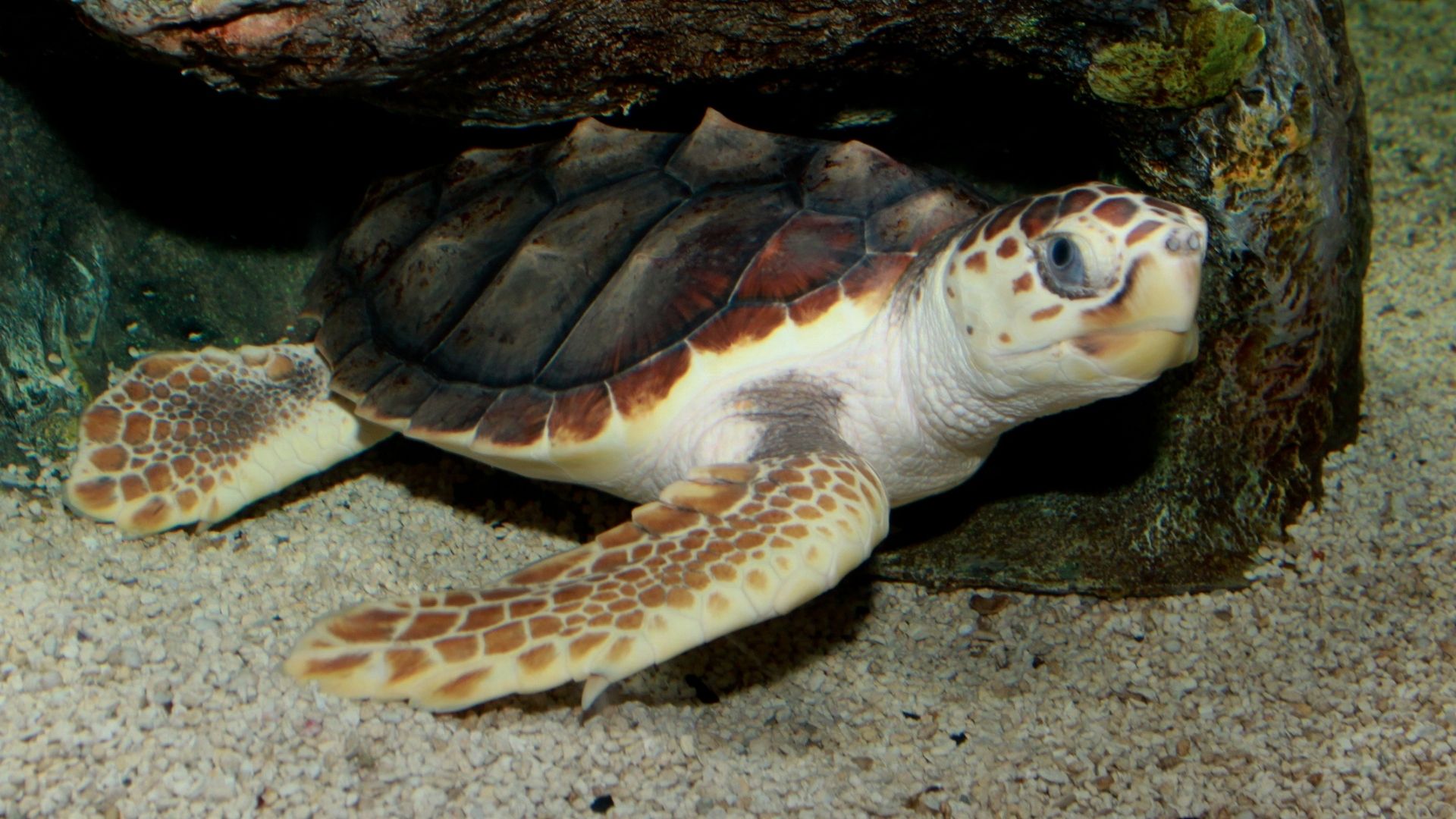 The turtle, which spends most of its life cycle in the sea, comes to land only to lay eggs. It is fascinating to the mystery of nature that, to lay her eggs, the mother turtle always returns to the beach where she was hatched, regardless of how far she has travelled.

Turtle watching is a nocturnal activity as the turtle ventures out only after darkness has fallen. The observers must take care not to disturb the turtles in the slightest with noise or light. It’s necessary to maintain your distance and stay out of sight, observing the process through binoculars. The best position is to lie concealed amidst any thick growth in the fringes of the beach. The mother turtle is extraordinarily alive to any intrusive presence as she approaches the shore and will paddle back to the water if she feels the slightest suspicion. However, once she has made a pit in the sand with back flippers and started to lay, she will persist adamantly at her duty even if she was nudged or lifted.

Mother turtle lay 80 to 120 eggs in one nest. Each season a female will nest up to five times. The white eggs are the shape and size of a tennis ball. For the young, after hatching, even waddling to the sea is highly hazardous. Predators from crows to leopards are avid for the tiny hatchlings, moist and tender with fragile shells. Of course, the same threat, doubled many times, awaits them in the ocean.

So, as a natural defence mechanism, baby turtles swim far to the sea constantly for two days. Nonetheless, only one out of a thousand eggs laid actually evolve into a mature adult turtle. 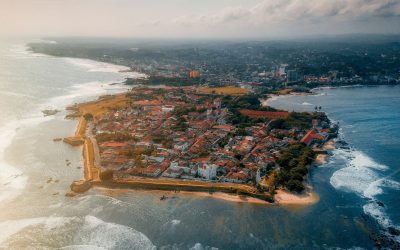 Cherished Reminders of the PastIt is possible to experience several countries in a day without leaving Sri Lankan shores, as you explore the remnants of the island’s colonial era. How about a thoroughly English afternoon tea with fresh scones and jam after a stroll in...

END_OF_DOCUMENT_TOKEN_TO_BE_REPLACED 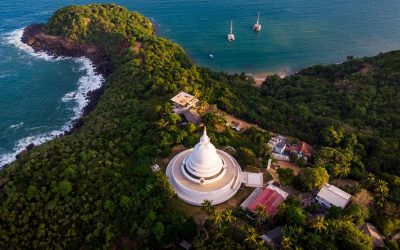 Explore What Things To Do In Unawatuna

The sun-kissed south Sri Lankan town is just a short rickshaw or bus ride away from Galle Fort but feels like a whole world away. The city has become a prestigious tourist destination in Sri Lanka with multiple attractions located around the country. Find out more...

END_OF_DOCUMENT_TOKEN_TO_BE_REPLACED 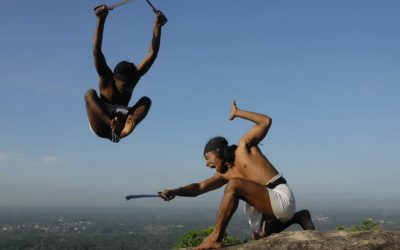 The Advent of the Indigenous Martial Art In Sri Lanka

Legend has it that Rana Ravana was a specialist in pressure point healing. So much that he wrote extensively about it and if he wasn’t practicing it, he was preaching it. Rana Ravana hailed from Yakka tribe and while historians often refer to him as a mythical being....